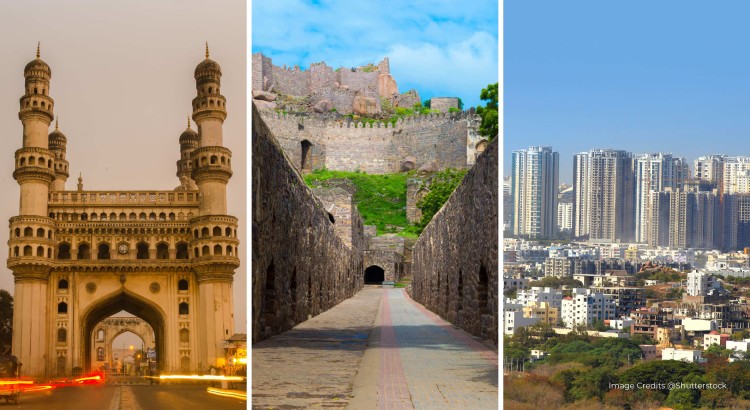 Historically Hyderabad has been a place of great achievements. Be it the aviation sector or the railways, water management or the field of medicine. This over four-hundred-year-old city is associated with many great things that were either new to the Indian subcontinent or got redefined here before becoming pan subcontinental. And after so many years, it still continues to be a leader with unmatched prospects. Similarly, as a geographical entity, here one finds places that represent the unusual yet pleasant biodiversity, beautiful lakes and different patterns of socio-cultural and economic attributions. When it comes to architecture, Hyderabad is no less charming with its beautiful palaces and other monuments. As much as these three aspects of Hyderabad appear nonrelated from the distance, they cannot be more related in reality. Let’s see how-

Being the first Indian city with a biodiversity index, and home to more than 100 types of birds and plants, rocks and protected areas, Hyderabad is a perfect example of how a city with a population density of 18,480/ KM2 should be. The well-spread green parks, natured university campuses still make spotting a spotted deer possible right next to sky-high modern buildings- which have become unusual attractions for people visiting the city. Similarly, lakes and water bodies like Hussain Sagar, Osman Sagar, Durgam Cheruvu, Mir Alam Tank etc. not only help preserve the groundwater but have become places of tourism, thanks to administrative initiatives. Apart from that, the old and new parts of the city –again furthered dived based on food, culture, economy, etc.—attract people for business, study, research, Health Care, family vacation, and so on.

It is impossible to talk about Hyderabad without mentioning its architectural brilliance which is reflected in the palaces and other historical monuments that are located in the city. The Falaknuma Palace, Chowmahalla Palace, King Kothi Palace, Purani Haveli, Hill Fort Palace, Basheer Bagh Palace are some of the brilliantly designed and built monuments that not only represent a mixture of architectural genres but also attract visitors from mixed backgrounds; tourists, architects, researchers, historians etc. Similarly, the Golconda fort, the Charminar, Qutb Shahi Tombs, Spanish Mosque, Paigah Tombs also are surviving evidence of the aesthetical nuances that have been celebrated in the city. No doubt, Hyderabad is still a place that welcomes new ideas, adopts aspiring targets and remains to be one of the topmost immigration spots in India. 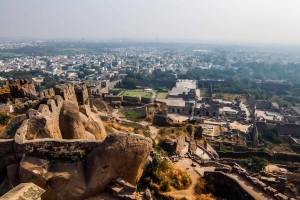 To say Hyderabad symbolizes growth and prospects is not an overstatement. The city has always been a global business and manufacturing center. Being the only diamond market in the world, and a reputed exporter of handicrafts to different parts of the globe, it has been recognized as a city of huge potential. The city also houses many industrial zones, and the IT sector has been its backbone for a couple of decades. However, the three major areas that outmatch all other sectors are the ones -in terms of prospects- need specific mention.

Hyderabad has become one of the emerging markets – not just in India but globally—of medical tourism with comparatively lower cost yet greater quality. Hundreds of thousands of people from different states within India, NRIs and foreign nationals are choosing Hyderabad over every other alternative. According to research predictions, by 2019, 10 million patients would be coming to Hyderabad for treatment. Around 20 major hospitals of the city have been consistently attracting around 20,000 medical tourists each year, and that would just keep increasing.

Hyderabad’s business-friendly environment has always been fertile, and no wonder the service industries have taken over the market. Dozens of multinational companies are already in Hyderabad, and many more are following- more importantly, they are choosing Hyderabad over other Tier I cities of India. That not only shows but also creates further greater opportunities in the tertiary sector in the city. This also impacts the aspiring entrepreneurs’ confidence, and that is the reason Hyderabad is home to numerous successful startups. Combined, these are pushing for a unique corporate culture with age-defining growth.

Hyderabad’s picture as a perfect host is as old as the city itself. With the passage of time, the hospitality industry has only evolved in a great many ways. Traditional hotels to backpackers’ hostel and now the ultra-modern yet homely serviced apartments- Hyderabad just knows to keep up with time. The city has become a leader in the country in terms of shaping the hospitality industry. Extended homestays like Skyla Serviced Apartments have become models to emulate, and because of their facilities, business travels have become denser. They also complement the medical tourism in the city as people recognize them as perfect treatment homes. As a business sector, therefore, the hospitality industry in Hyderabad holds great prospects.

Hyderabad can be equated with success, with old and new flavors. Like a tree, it has touched new heights of modernity as it grows while rooting itself even deeper in history. Its places, palaces and prospects are no different. They make Hyderabad attractive. That is the reason, one cannot drop one out while talking about the city- like you cannot take away the homely feeling from a serviced apartment.

SKYLA Aims To Make Its Customers Feel 'At Home' By Providing Premier Facilities & Friendly Services Across A Range Of Staying Options. Skyla Serviced Apartments Is Rated 4.7 Out Of 5 Based On 821 Google Reviews